When it comes to Tahoe adventures, indoors and out, the state-straddling community of South Lake Tahoe is always the center of the action. Hit trails, slopes, waves, and beaches by day, then reward yourself with incredible restaurants, gaming and nightlife, and a swanky stay at one of four world-famous South Shore Lake Tahoe casino resorts.

The Sierra Nevada is calling, and you must come. If it’s alpine adventure you’re after, South Lake Tahoe has you more than covered. The fun never stops at Nevada’s lineup of famous California border-hugging South Lake Tahoe casinos—home to world-class gaming, all manner of eats, and party-hardy bars and clubs—which also make a perfect hotel base camp for classic South Shore Lake Tahoe excursions in every season. Whether you’re here to hit the slopes, tackle the trails, bum it up at the beach, or simply soak in those unbeatable Lake Tahoe views, if you’re looking for what to do in South Lake Tahoe, let us get your gears turning.

South Lake Tahoe in the Summer

South Lake Tahoe steals plenty of the summertime spotlight, too, including on some of the lake’s most popular beaches. If you’re cool with brisk dips, swimming abounds at sprawling Baldwin Beach, pine-studded Pope Beach, Mount Tallac-viewing Nevada Beach, and Zephyr Cove—South Tahoe’s one-stop shop for all things on-the-water. Don your captain’s hat and rent powerboats (plus plenty to pull behind it), pontoon boats, Sea Doo jet skis, and water toys. Take to the skies on a parasailing trip. Or simply lounge on the dog-friendly beach and knock back a few breezers, brought straight to your beach chair from the on-site Sunset Bar & Grille.

Zephyr Cove is also the berth-place of the famous M.S. Dixie II, the triple-decker, 500-passenger, Mississippi-style paddle wheeler that has been cruising Lake Tahoe’s sapphire-blue waters since 1972, and which still offers daytime and sunset dinner cruises, including to breathtaking Emerald Bay.

South Shore Lake Tahoe hikers and mountain bikers have their pick of incredible trails to take on and peaks to bag, especially along South Tahoe’s sections of the 165-mile, lake-circling Tahoe Rim Trail. Intrepid trampers earn their Lake Tahoe views from the top of 9,728-foot Mount Tallac, which rises above the pristine Desolation Wilderness, as well as to the mountaintop trio of Jobs Peak, Jobs Sister, and Freel Peak—each above 10,000 feet, and among the highest in the Lake Tahoe Basin. (Taking two wheels? Two words: Mr. Toad’s.) Flatter options abound at Taylor Creek Visitor Center, and along many walking paths around town.

Right at the base of the Heavenly Mountain Resort Gondola, center-of-the-action Heavenly Village delights shoppers, foodies, and families with 40 local and name-brand shops, dozens of top restaurants, an 8-screen cinema, and even mini-golf and an ice rink.

Meanwhile, golf lovers owe themselves a round at Edgewood Tahoe, a stunning, lakefront golf course, which hosts the annual American Century Celebrity Golf Championship. (Ever watched Charles Barkley, Tony Romo, or Larry the Cable Guy take a swing on ESPN? That was here.) And abundant shopping awaits at Heavenly Village’s 40 brand-name stores.

South Lake Tahoe in the Winter

In sun or snow, on the water, trail, or slopes, and over either side of the state line, it’s easy to pack your days in South Lake Tahoe. So treat yourself to a night of comfort and luxury at one of the Nevada side’s incredible, famous resorts. You deserve it.

Non-skiers find thrills on Heavenly’s 2.4-mile-long gondola, which whooshes up to 9,100 feet in elevation, with abundant Lake Tahoe views en route and at the Observation Deck, where you can get a bird’s eye understanding of exactly why we call it “Big Blue,” the largest alpine lake in North America. At Heavenly’s Adventure Peak family-friendly snow-play area, plop yourself down in a doughnut-shape snow tube and barrel down a 65-foot vertical drop.

A few miles up Nevada’s eastern slice of Tahoe, rev up the adrenaline at the Zephyr Cove Resort Snowmobile Center. Drive your own “mountain sled” on a guided tour through aspen groves, pine forests, and snow-covered meadows, then up to a 9,000-foot summit. Of course, if flat ground is more your speed, snowshoers and cross-country skiers chart their own courses around a variety of meadows and trails, including Tallac Historic Site, while ice-skaters circle ’round the rink at Heavenly Village.

Like many places around Nevada, the first European to “discover” Lake Tahoe was famed explorer John Fremont back in 1844, however the Washoe people had already been around for several thousand years. (In fact, “Tahoe” is actually a poorly English-ified pronunciation of a Washoe word that means “edge of the lake.”) Thanks to the silver rush in nearby Virginia City back in the 1860s, settlers and entrepreneurs streamed in, mowing down vast amounts of timber for buildings, both up on the Comstock and, increasingly, around Lake Tahoe, as this beautiful place began to catch the eyes of well-heeled vacationers.

In 1880, the visionary Lucky Baldwin built Lake Tahoe’s first high-end resort, paving the way for the next century’s eventual boom of the South Lake Tahoe casinos and lodging we know and love today. You can still get a taste of that 19th-century luxury at Tallac Historic Site, which offers tours of old estates, a museum, and an arts and events center.

Get into more larger-than-life Lake Tahoe history on a tour of Vikingsholm Castle, the summer home of Lora Josephine Knight, a wealthy heiress and widow who used her fortune to build a 38-room Scandinavian-style mansion on Emerald Bay, which reminded her of the fjords she’d seen on trips to Norway, Sweden, Finland, and Denmark. It’s a steep hike down from the Emerald Bay State Park trailhead, but you can also take the fun way and boat in.

South Lake Tahoe is a world-class tourist destination home to about 20,000 residents, all of whom love to eat. With nearly 200 South Shore Lake Tahoe restaurants on the menu, you can find pretty much whatever you’re craving, from fancy casino steakhouses to fresh seafood joints to international dining and everything in between.

Grab beachfront views and spectacular cuisine at places like the elegant Edgewood Restaurant, the always-happenin’ Riva Grill (beware of their high-octane Wet Woody cocktails!), or the classic and casual Beacon Bar & Grill. Imbibers toast to a day well spent at several tasty breweries, and dozens upon dozens of wine bars, sports bars, tap houses, bars, and nightclubs. No matter what you’re hungry (or thirsty) for, you’re bound to find it at a tasty plethora of South Lake Tahoe restaurants.

If you’re into nightlife, opulent rooms with stunning views of the lake, top-notch cuisine, poolside sanctuaries, and maybe a little casino floor gambling action, you’re in luck at four fantastic South Lake Tahoe casinos, all of which straddle the main drag right across the state line in the aptly named community of, well, Stateline, Nevada.

The South Shore Lake Tahoe casino scene as we know it started back in the 1940s with Harvey’s Wagon Wheel Saloon & Gambling Hall, which got the ball rolling for famous properties like the Sahara, Harrah’s, and Caesars, where, in subsequent decades, revelers would flock to see top-bill entertainers like Elvis, the Rat Pack, and more—and still do, especially during Harveys Summer Concert Series, which has invited the likes of Phish, Elton John, Lady Gaga, and plenty more to the 4,000-seat Lake Tahoe Outdoor Arena, with the Sierra Nevada mountain range as its stunning backdrop.

Today, Harvey’s Tahoe offers 740 rooms and suites, entertainment by top comedians at The Improv, and fine dining at Gordon Ramsay Hell’s Kitchen and the lake-viewing, 19th-floor Sage Room Steak House. A tunnel takes you across the street to Harvey’s sister property, Harrah’s Lake Tahoe, where 512 more rooms and luxury suites await, the South Shore Room has been selling out concerts and comedy shows since 1959, the Reflections Spa delights, Cliché Lounge hips things up, and the 18th-floor Friday’s Station Steak & Seafood Grill delivers fine flavors and views of the lake from every table.

Back when it was Del Webb’s Sahara Tahoe, Elvis lived in the penthouse. Now that it’s the Hard Rock Hotel & Casino, the music vibes beat on, including in rock ‘n’ roll memorabilia-adorned rooms and suites, at the after-hours Vinyl lounge, and the local-centric Park Prime Steakhouse. Right up the street, MontBleu Casino Resort & Spa luxes things up with palatial suites, an amenity-packed spa, big-name entertainment in the showroom, chic hangs at the Opal Ultra Lounge, and the award-stacked Ciera Steak & Chophouse, Lake Tahoe’s only four-diamond restaurant.

Whether you’re shredding the slopes, tackling a trail, rocking out at a show, or simply living it up, South Lake Tahoe-style, tag your snaps #TravelNevada and you might see them here. 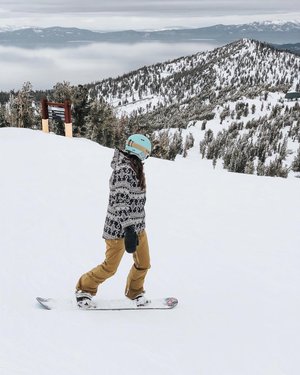 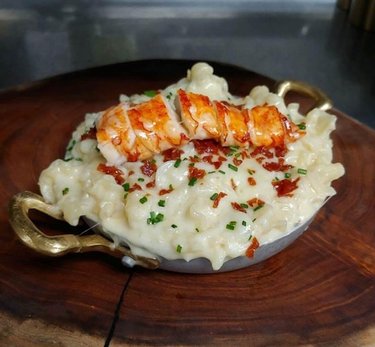 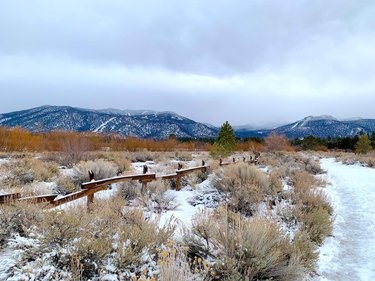 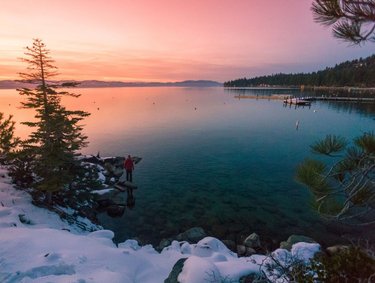 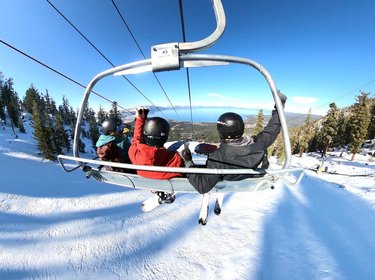 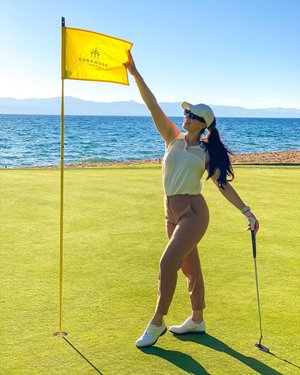 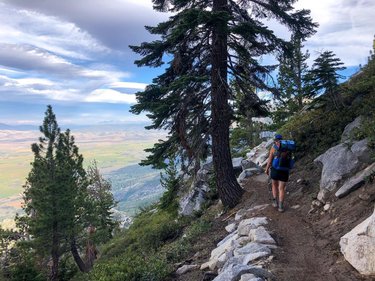 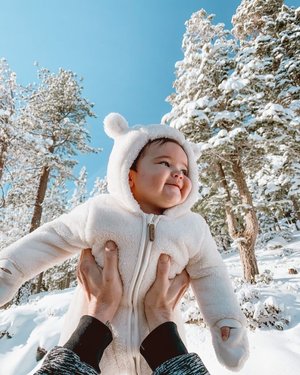 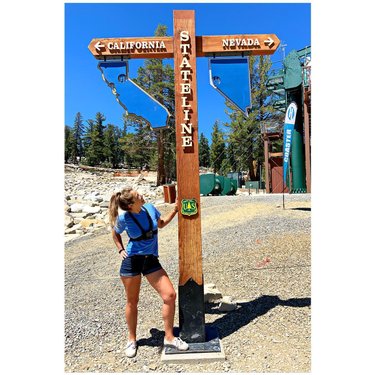 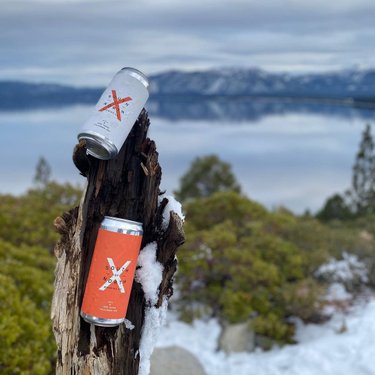